The campaign creates awareness of gardens that are in harmony with nature and organic with bellaflora products. bellaflora consistently reorganises its range towards sustainability. Since 2012, it has had special bee friendly plants, since 2013 only organic pesticides and since 2014 only organic fertilisers. This creates new habitats for beneficial insects, such as bees, particularly in the city. bellaflora is therefore the first garden centre with a bee protection guarantee!

A flash mob with 30 promoters dressed as bees and 5 musicians at heavily frequented places in Vienna (e.g. Stephansplatz, opera house, university). The musicians entered playing Rimsky-Korsakov's "Flight of the Bumblebee". The bees are initially concealed by a sheet, representing their branch, then came out as a swarm, scurrying among the crowd.

Awards:
VAMP (Associate of ambient media and promotion) presented the golden VAMP award 2014 to senft & partner and easystaff in the category "guerilla marketing" for the bellaflora bee ballet for the protection of bees. 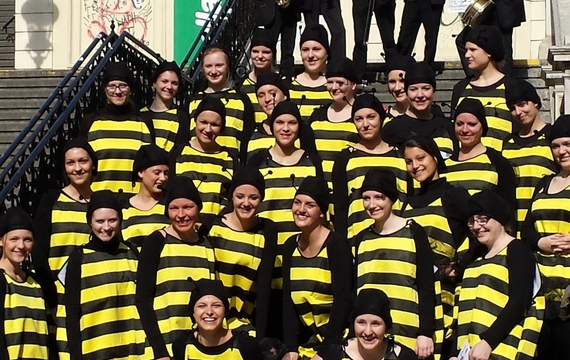 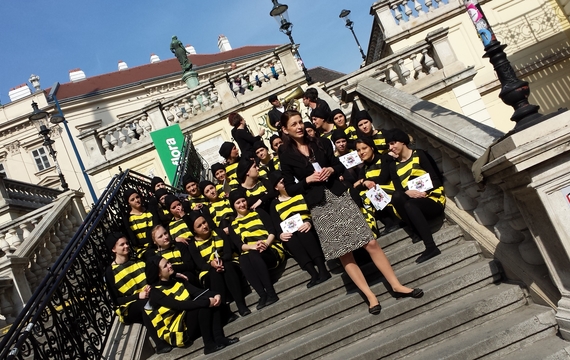 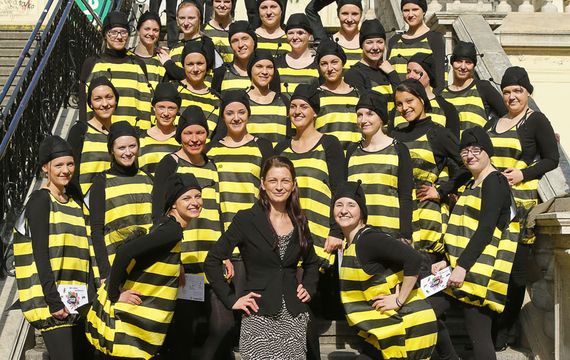 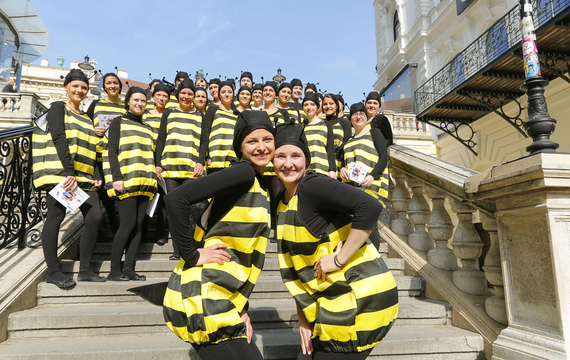