Briefing/ Goal of the campaign:
Heineken is the official partner of the biggest annual sports event with 1,3 billion viewers – the UEFA Champions League.

70% of the Champions League fans are following the games in front of their TV at home. It was exactly this target group that we wanted to reach with Heineken. The goal was to convey the unique atmosphere of the UEFA Champions League in a way, which only Heineken can do and offer an ultimate experience with the Heineken Match Night.

The message was: Win your ultimate Heineken Match Night – a perfect football evening with your friends at your place.

Heineken comes at the requested games night to you place and brings you everything that you need for a successful match night:
-    Home Entertainment System that everyone is dreaming of
-    Table Football (Amerikanisch: Soccer) to warm up
-    Heineken Couch, Beer Crates and Beer Pillows as a perfect seat
-    Heineken Champions League Goodie
-    and of course Heineken Beer, Pizza and Snacks

On the games night a team of two promoters came on the house of the winner and created a perfect stadium-atmosphere with beach flags, background wall, lights and a football turf.

During the match the guests were spoilt. There was cool Heineken as well as Pizza and Snacks. Before and after the match as well as during half-time there were challenges with crown caps and beer coasters as well as a table-football tournament. The rewards were great Heineken Champions League prices.

In total there were 9 Heineken Match Nights successfully realised all over Austria during the UEFA Champions League Final-Phase. In the living rooms of the winners a perfect stadium-atmosphere was created and the guests were entertained with Heineken, Snacks and Champions League Goodies as well as challenges throughout the evening. 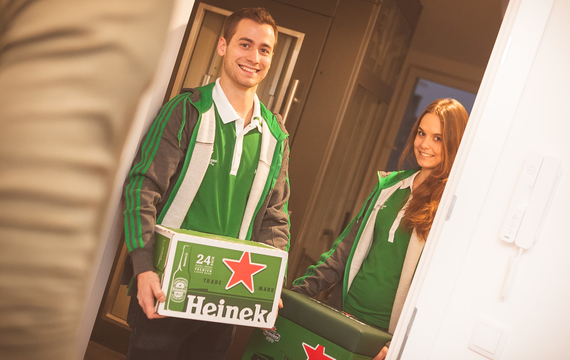 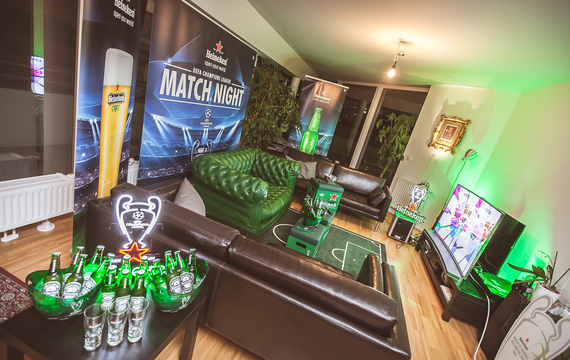 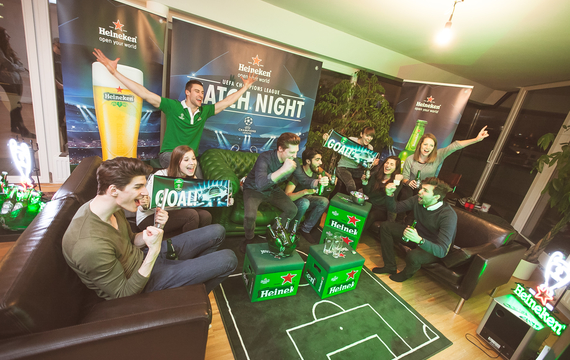 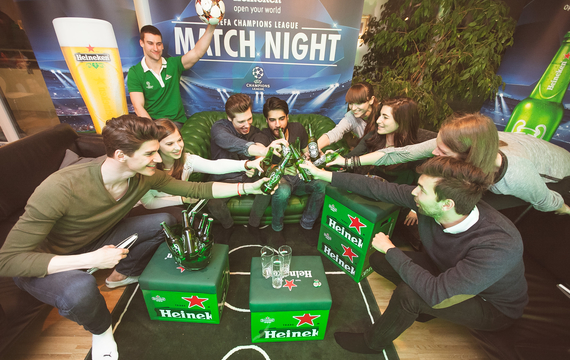 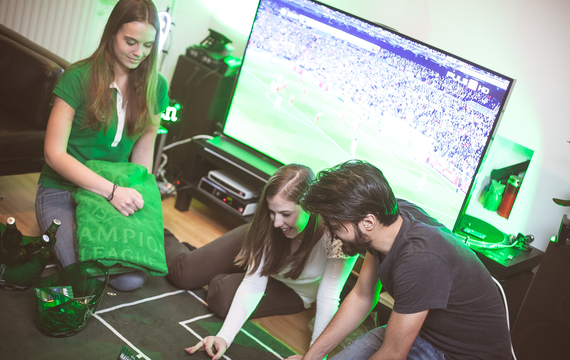 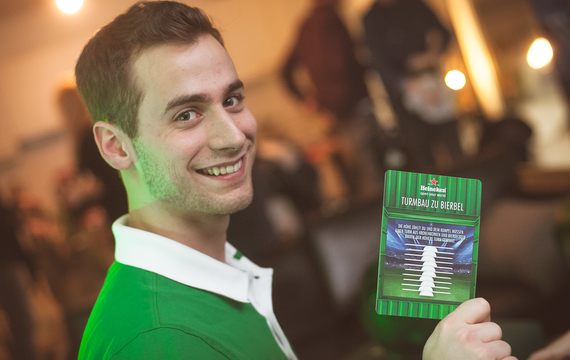 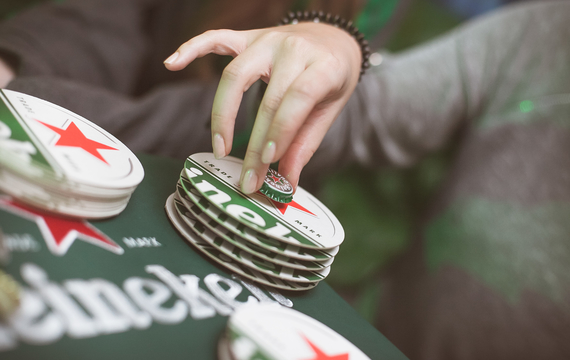 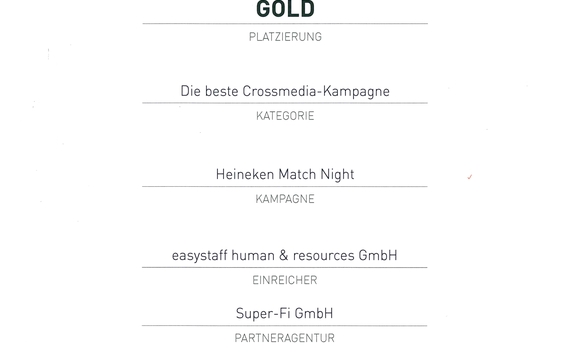