Aim:
Advertising the 2014/15 ski season in Vienna through an extraordinary and strong guerilla marketing campaign

The guerilla campaign took place in Vienna on 15/11/2014. In order to be fit for the new season, 200 perfectly designed ski instructors turned up the heat and did their warm ups at four heavily frequented places (Staatsoper, Stephansplatz, Mariahilferstraße and west train station) with a striking performance to the Ischgl song. They finished off at the west train station, taking a train west to arrive in Ischgl in time for the opening of the new ski season. 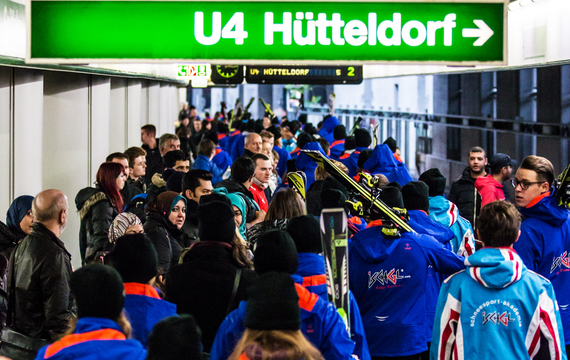 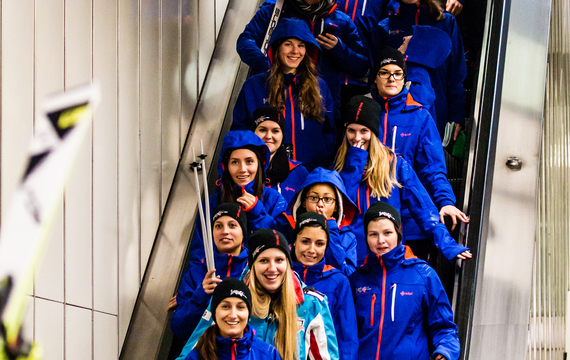 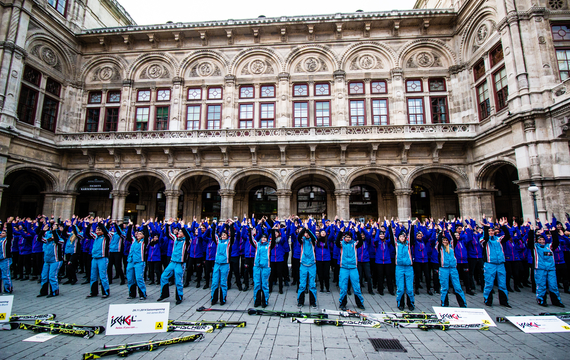 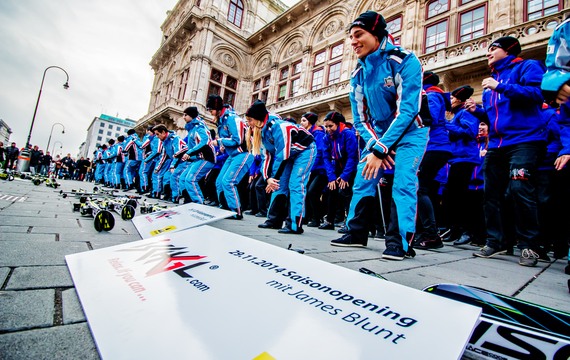 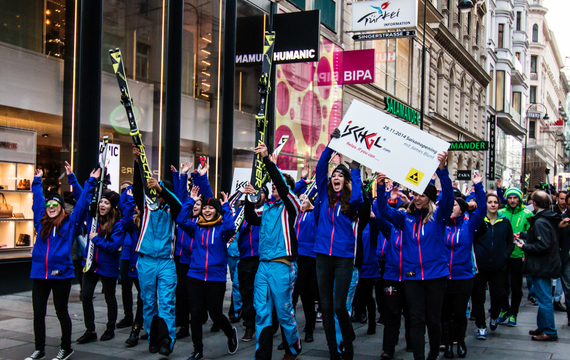 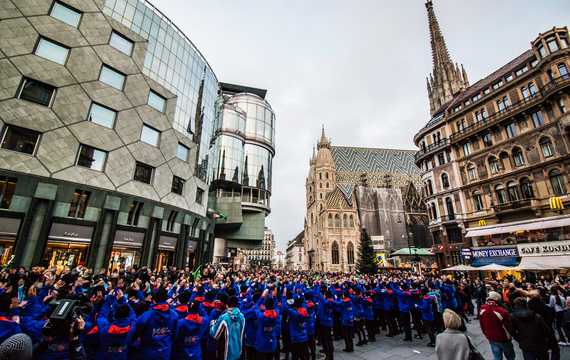