Austria is in the football fever!

We decided to spontaneously put the living room outside. Together with Xbox and EA SPORTS FIFA we created a stadium atmosphere, which led to surprised faces.

The goal was a cost-effective campaign to strengthen the Brand Awareness of the Xbox EA Sports FIFA EC Bundle (Console + Game) for the EURO2016.

In the middle of the Mariahilferstrasse in Vienna a living room was put up in which passerby were encouraged by officially branded promoters to spontaneously play EA Sports FIFA2016 against each other. As soon as two players sat down on the couch, football fans (dressed up promoters) stormed the scene from all directions and created football-stadium atmosphere. The videos were distributed via SOCIAL media channels.

More than 300000 video views were generated and created an enormous attention. Additionally, the sales of the bundle were increased drastically.

Awards:
The Association Ambient Media and Promotion (VAMP) awarded the bronze VAMP Award 2016 in the category “Small Budget – Great Effect” for this promotion. 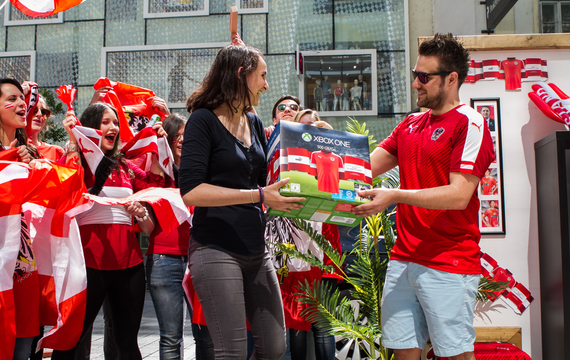 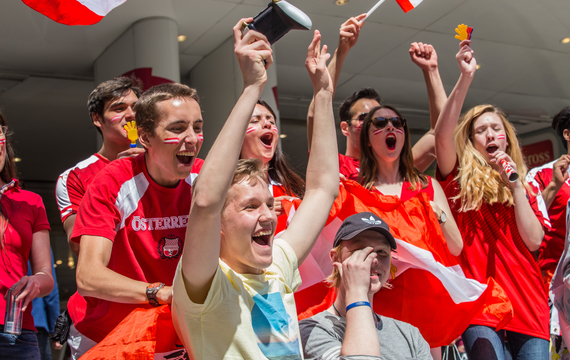